Celia Lury and Luciana Parisi, Tiziana Terranova and even Donna Haraway and Rosi Braidotti. I was wondering what they would say if they were to read this post (which of course they will not read!).

For almost two weeks now I have been preparing a module on Digital Media, Identity and Gender. As usual, to avoid the panopticon situation I lived while in Middlesex, I have asked friends, colleagues and family to give me harsh feedback on my lessons and slides. I was given the advice to follow a very detailed book on the topic and since my circle knows the panopticon situation of middlesex, they strongly recommended to just follow the book. “if you have the same sort of crowd, they can go to Cameron and complain; you followed the best book”. So I did.

They were right to the point where I got to the LGBTs section, which I found rather…inappropriate. So I started looking for alternative publications, alternative points of view and all went down to the fact that we are sort of bringing embedded notions of sexual identity online, through websites and blogs, facebooks and tweets. So, basically we are re-proposing the body as a symbol of strength and sexuality as a symbol of attractiveness.

I am new to the LGBTs academic analysis and I find it fascinating, ethnographically-focused, precise, never generalisable. I don t even know how, I kept reading and learning and my path crossed with that of pornography and feminist pornography. Our path had already crossed ages ago but then my ‘women’s power through data’ obsession made me forget it even existed. I see how hegemonic masculinities are more than ever a useful concept and even how the male gaze is still a burden in our societies. When I saw the LGBTs I felt a bit like Butler when she heard about queer theory fr the first time  (and she apparently asked: what is queer theory?) 🙂

Across all different sides of the debate, pornography is either distrusted or considered a form of art. I have no opinion really. However, I decided to get into the topic.

I am still studying the phenomenon so again, any literature or any current research on this, please do let me know. Any thought and even conference papers on this would be highly appreciated.

Let’s move to the section that makes me sick and angry at those who defend pornography and also makes me wonder how the topology of digital culture is taking a turn we couldn’t ve expected or, very simply, freedom of the net is a rather oblique concept that doesn’t sit with who owns the underwater fiber optics. For years I  thought that being part of the net freedom movement would mean that alleged hackers could allegedly play playstation with servers. We usually associate freedom with Anonymous.

However, let me share the keywords I could find associated to brutal sex videos. Although domination and slavery seem to have a egalitarian distribution, believe me, there are only a handful of videos where some sort of enslaved woman was not tortured and raped by men. Fiction or not, it is an open space; and even if we were within a closed environment, how is this different from the tremendous messages of KKK or the many homo-phobic movements we are continuously trying to erase?

My questions lays not so much on why these videos are released. Surely there is an audience and I cannot argue with that. What is instead rather questionable is what sort of networked culture  we are talking about in this specific environment. We go on and on about terrorists using the net to propagate hate. Isn’t this hate and cult of suffering? Can we say that we are creating a “we”, a global and transnational solidarity when allowing these videos to be displayed? If not, when and where do we draw the line? What is in these keywords? How can we describe these ‘communities’ and how does freedom become a tricky concept? Is freedom endangered when I argue that these videos shouldn’t be released? Would education have the effect of negative freedom? We pretend we don t know because when we enter those keywords in Google, we don t see them as coming up. And if they do, the algorithm gives them a certain hierarchy so that women’s domination becomes a wikipedia result and not a video lost in some place in some hub. So, no data, no trace; no trace = clean conscience.

I have chosen not to share the graphic images;

In both cases the roles of male domination is evident; the lack of respect toward the (woman’s) body is doing nothing than transferring our off-line trapped minds into an online environment where interest can be very much lead to aggregation (we join communities because we like them bot because we were born in them).

However, the idea of the networked culture and cultural topologies come to mind. How would Judith Butler describe this “we” that is girlifying the girls and boyfying the boys despite their chosen gender? 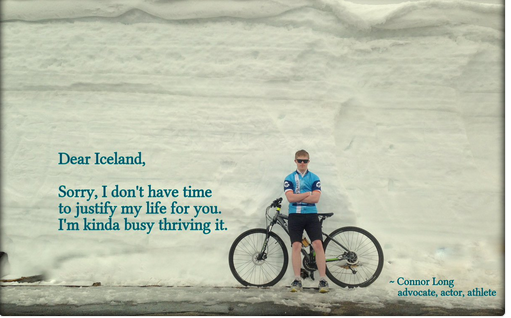 An initial investigation into the sentiment of #DownSyndrome on twitter